The Icon of Hell was formed as a trinity in 1998 but became active in 2002 with the release of the Symphonia Corrumptor EP by Macabre Operetta Production run by Mortifer. The aim of Hell Icon was to create 5 rituals only, consecrated to each point on the Holy Pentagram and then disband. However, Mortifer soon realised the vast potential of this beast as he crafted demos and albums on his own. Spiritually, Hell Icon is the manifestation of the members’ occult and Satanic doctrine. Musically, the members desired to capture the Evil nature of Black Metal and the sonic fabric of the Dark Arts. No harmonious balance, but a cthonic frenzy to summon forth the Powers and release them unto this plane, never to be sent to their respected realms, to wreak havoc upon Life itself. Tension rose when certain unwanted human charactaristics displayed by the guitarist Cacodaemon forced Mortifer and Apollyon to part ways with him and continue (for the time being) as a duo. The skills and evil side of Cacodaemon are soarly missed, but Hell Icon soon began to craft more spells of ill intent beyond the Holy Pentagram and the hunger is still not quenched. Darkness and Evil as forces still drive the Icon of Hell ever onwards. After 10 years of activity and some obscure venomous bursts out of the shadow, Hell Icon is slowly creaping into the sphere of the flock to inflict more damage by unleashing the sonic rituals on contemporary sound carrier. 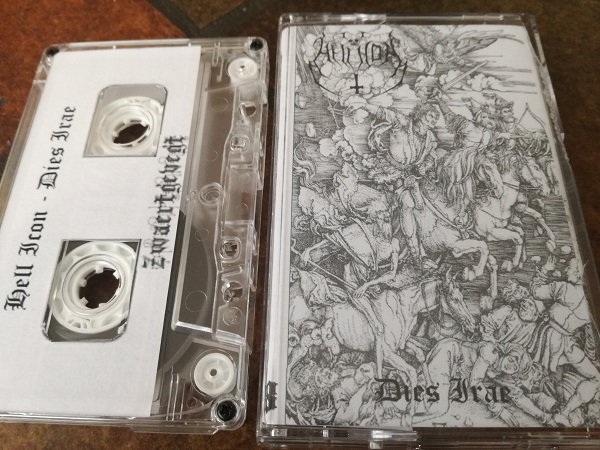